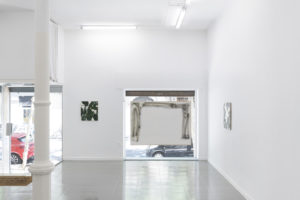 Pas une Orange presents presents kSuL22svwBxgJ2Z, its second exhibition, a dialogue between Cologne-based artist David Ostrowski and Berlin-based artist Oliver Osborne. The show will present several paintings of Ostrowski’s new series ‘F (Design Object), 2021‘ and a selection of Osborne’s serie of rubber plants (all 2020), which are part of an ongoing exploration of this subject that the artist started in 2013.

This selection of 8 works, presented for the first time in Spain, represent the first collaboration between the two artists.

“Trying to paint in the same way as Flaubert was trying to write “a book about nothing”, about writing itself. This nothingness is what we discover in Oliver Osborne’s rubber plant series. Not that he doesn’t paint a thing. On the contrary, he creates a series of rubber plants with more than excellent resemblance and an impeccable technique, titling them with a date on which he may have completed them – even if he probably didn’t finish them in a single day. These very precise images play with some concept like photographic reproductibility, repetition as a meme or the design-like aesthetics of advertisement. But we have all these possible topics (and more) in forms that seem to saturate the frame of vision and turn out to be representations of daily and banal objects. The same thing happens with Ostrowski, whose nothingness is more on the side of an expressive and elusive abstraction. A gestural brushstroke that invites us to imagine something but without ceasing to impose itself as a deaf matter. The dialogue works precisely in that approach to the limits of the painting itself from two very different horizons. ” 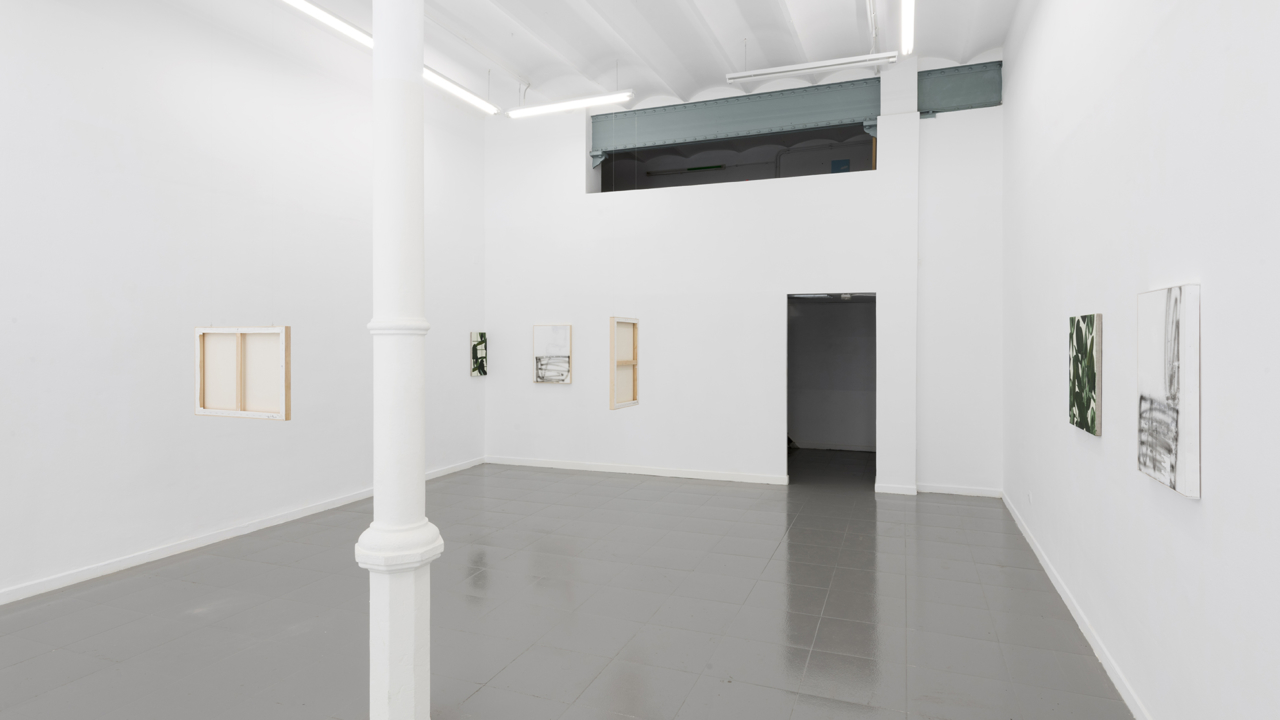 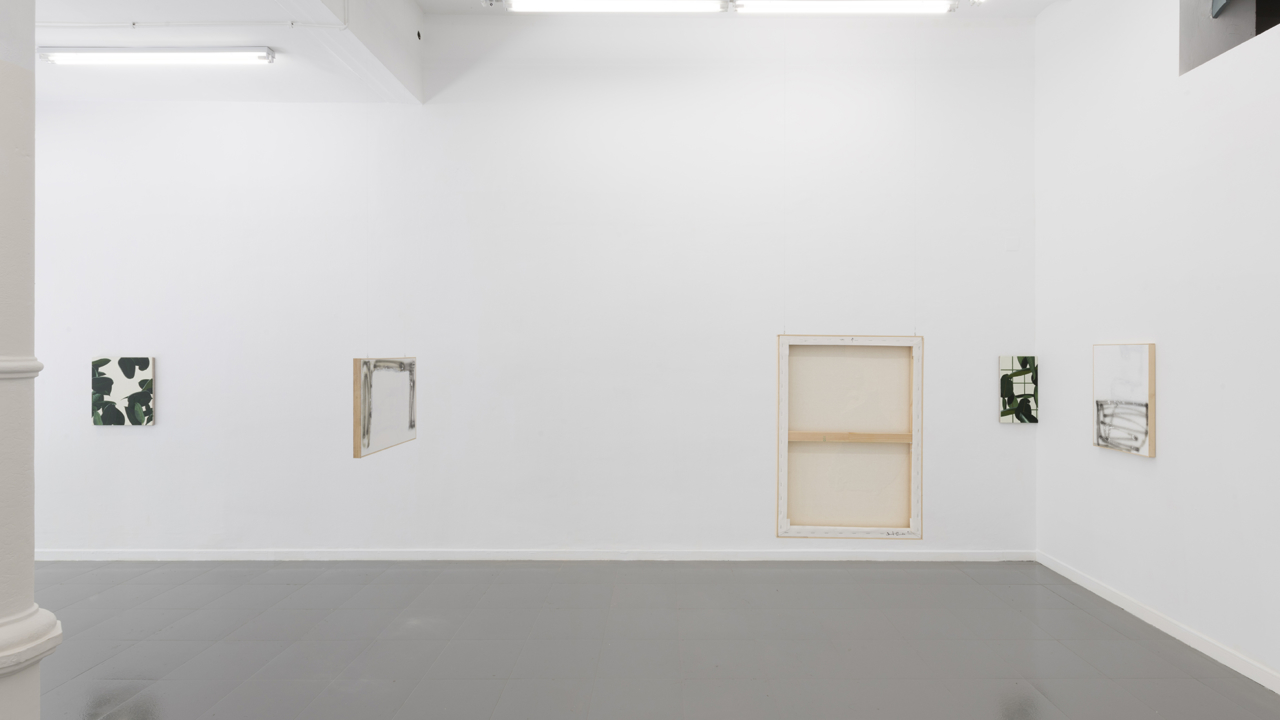 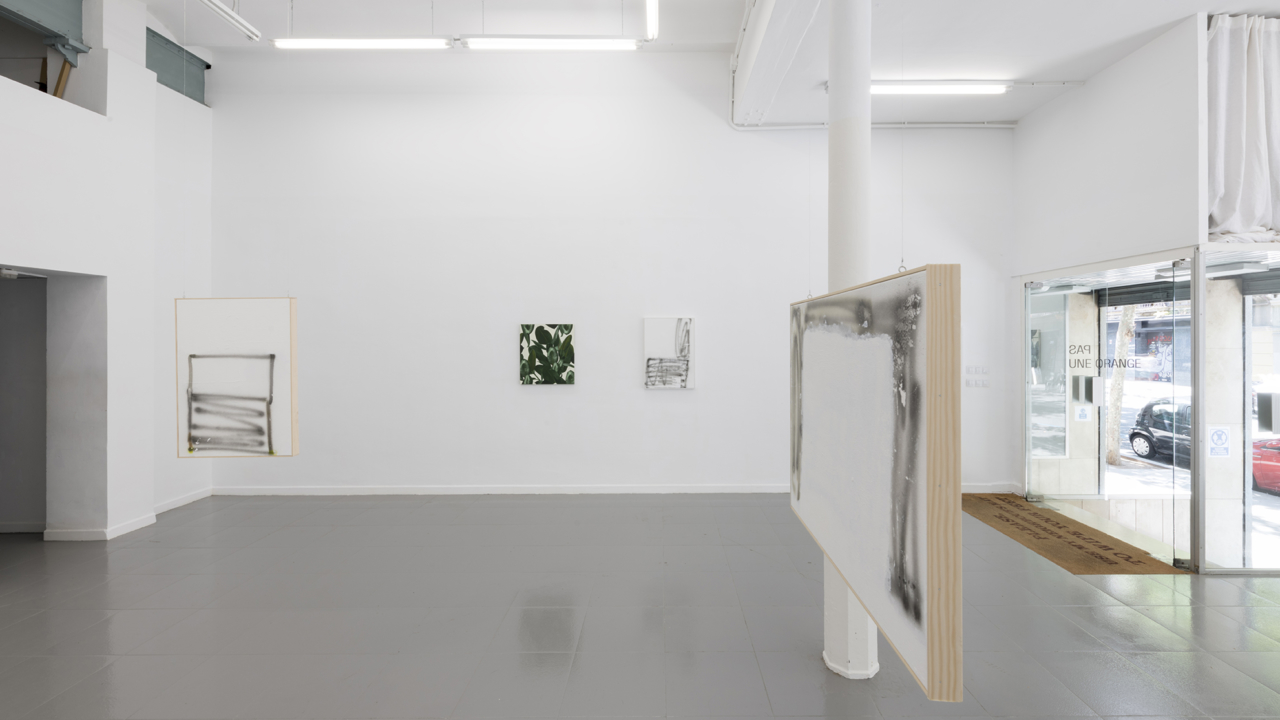 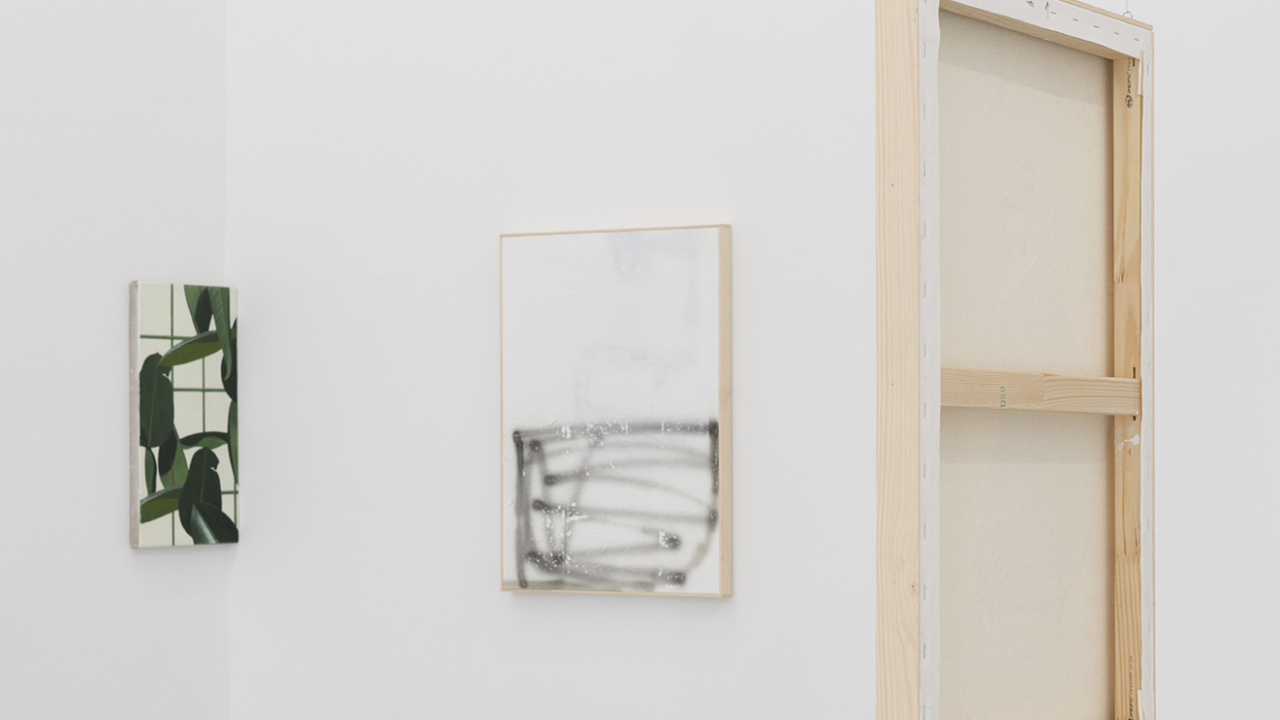 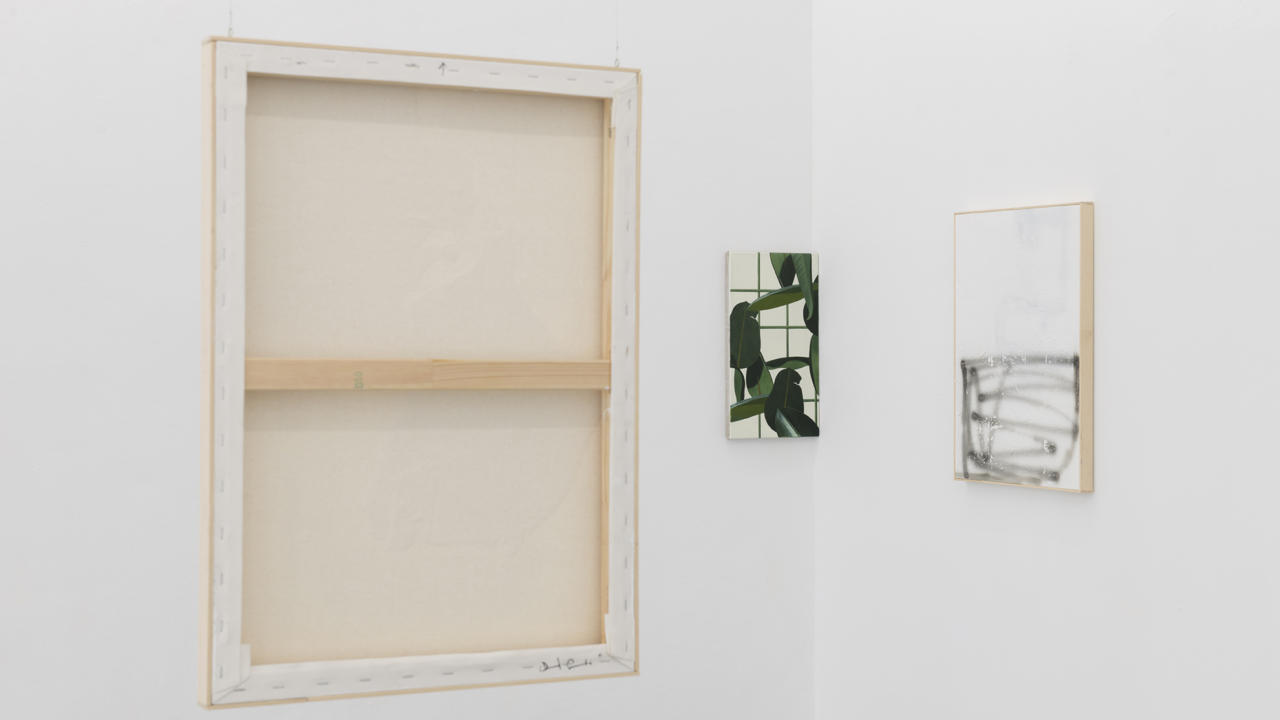 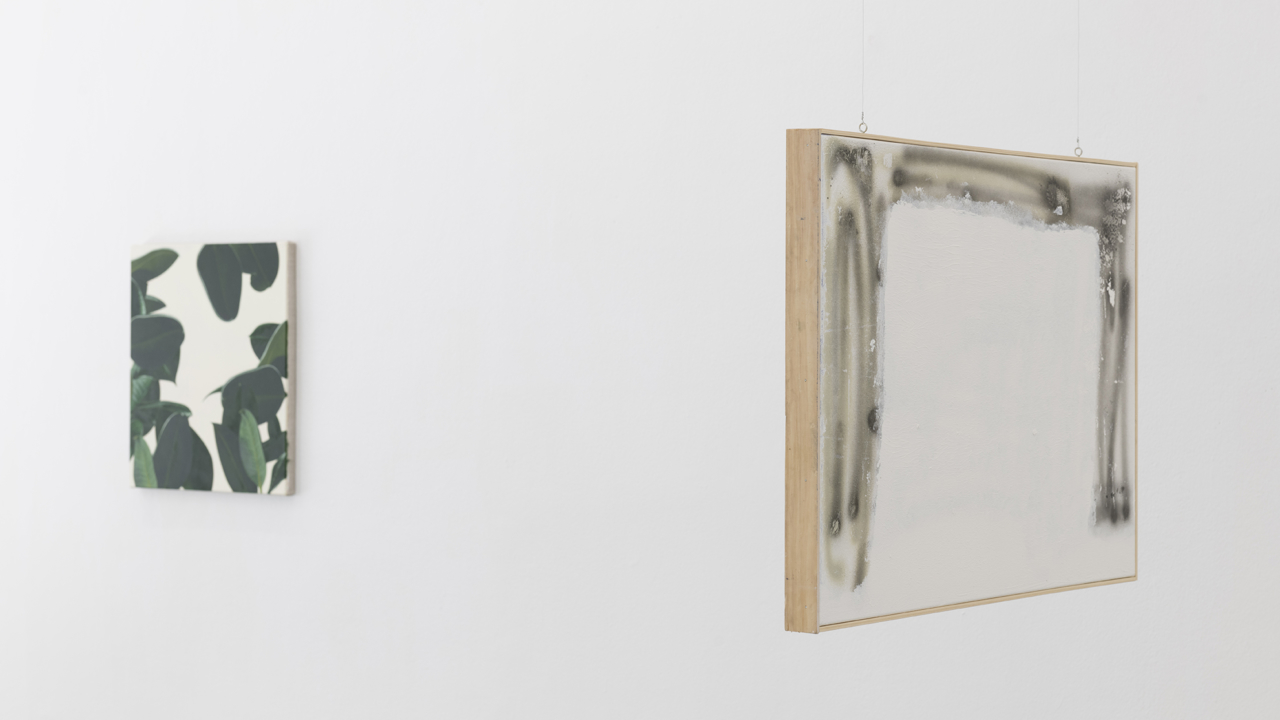 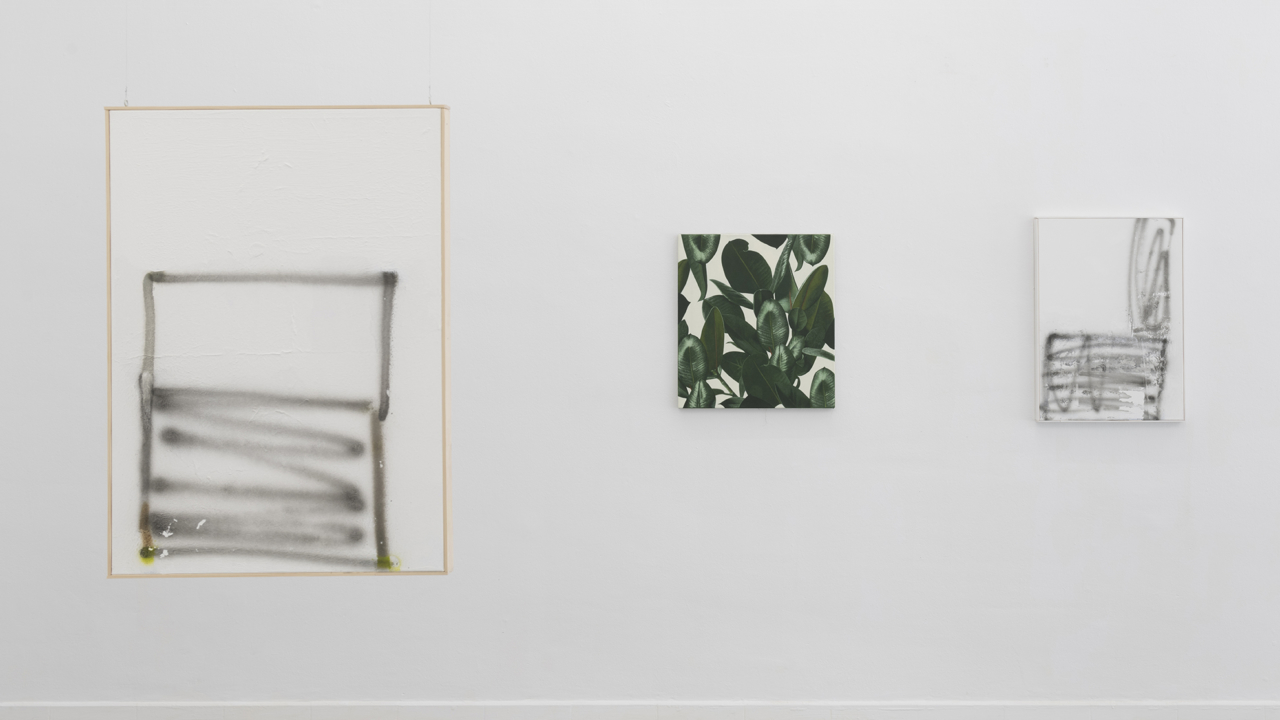 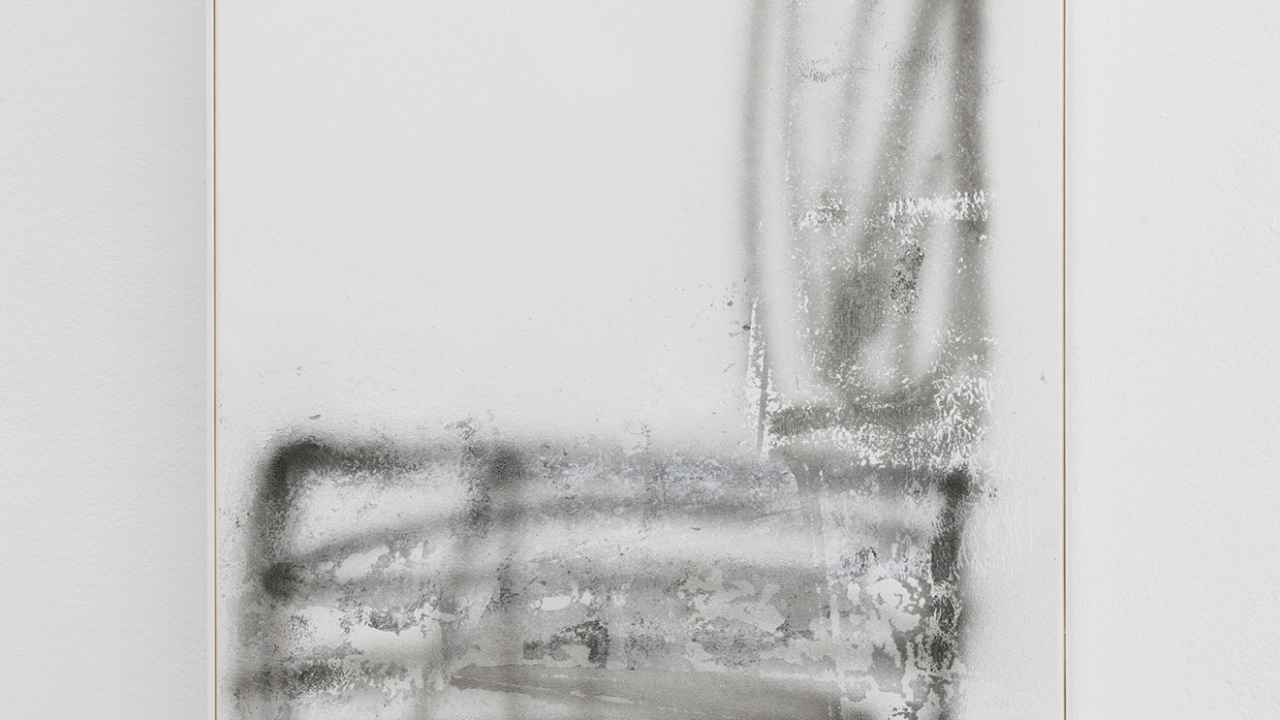 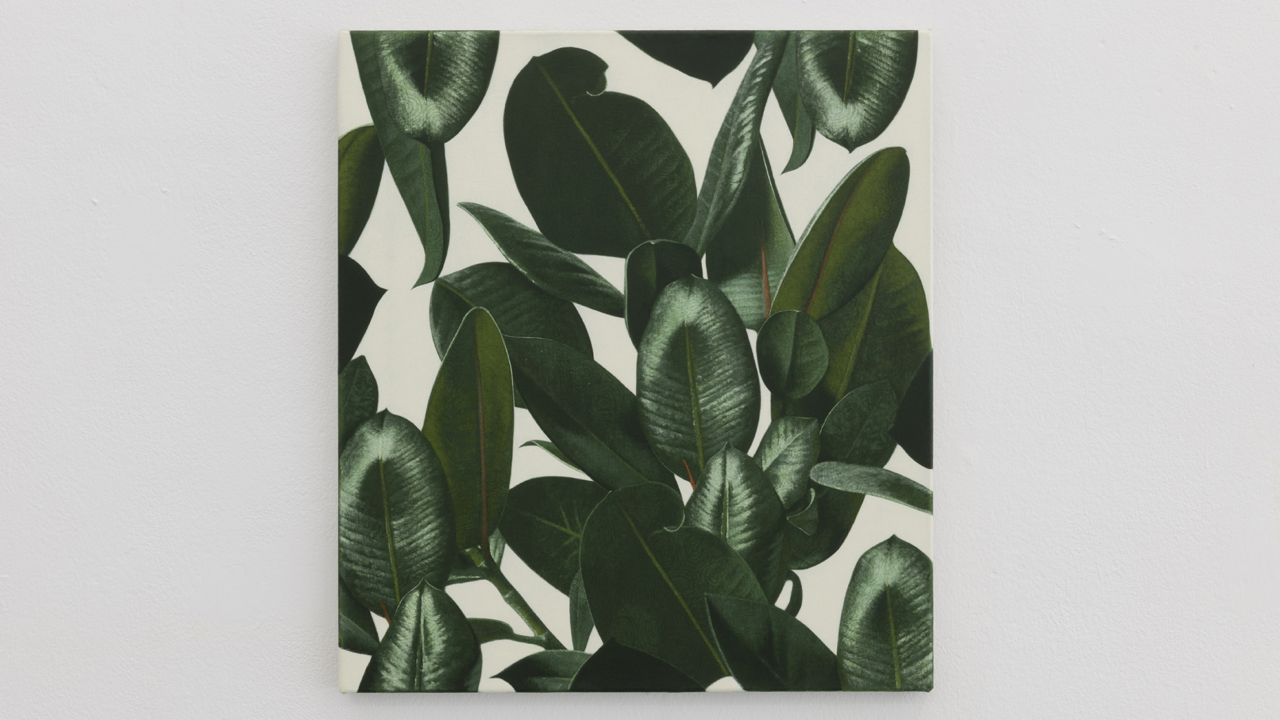