Tales From an Old World 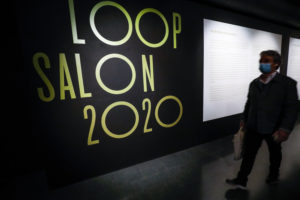 Curated by LOOP’s fair director Aurélien Le Genissel, the exhibition titled Tales from an Old World reflects on the meaning of approaching narratives and images that today seem taken from another time, the one before the pandemic. The exhibited works will draw a panorama of pre-Covid issues as seen by our new gazes and updated by our new concerns.

“What is an event? Everything that happens or occurs in the present, according to Paul Ricoeur. True as this may be, we could also say that an event is that which doesn’t leave the past intact. What is more, it is that which changes the former a posteriori, a kind of premonitory storytelling of the past that mingles revision and anticipation.

With a title that makes reference to the magnificent TV show Tales From the Loop, Tales From an Old World proposes an updated and contemporary (re)vision of the essential problems of an outdated world, the world before COVID-19, from a video art perspective. Not that it was outdated because the challenges aren’t the same. Nor because the world itself has changed. No. Quite the contrary. It is we who have changed. We have changed our way of seeing. Images no longer reveal the same things they did in February 2020. The artwork resonates in a different context; in the era of afterwards, a time of post-lockdown, of post-capitalism, of the (long-awaited but not yet-to-be-achieved) post-pandemic, full of deeper interpretations and sensibilities, of pressing needs and emotions renewed by the experience. From within this game-changing event, Tales From an Old World approaches images from a different period, investigating their new energies and prevailing questions. 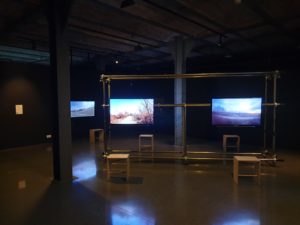 Some of the selected videos, such as Cristina Lucas’ environmental urgency in The People That Is Missing (El Pueblo Que Falta), or the critique of mass consumption agriculture in Gerard Ortin’s Future Foods, burn the retina more than ever. Other videos, such as Boothworks by Cristina Garrido, intensify their stinging criticality in the way they address the saturation of the Art World or the incongruous notion of sovereignty held by states in a globalized era –a very vivid topic during the pandemic– at play in Vangjush Vellahu’s Fragments I.

Some of the images now seem to come from a different epoch: mythical, distant, somewhat scrambled -probably idealized-, like those adolescent and melancholic bodies that touch and coexist in Sylvain Couzinet-Jacques’ splendid Sub Rosa or the invisible forms, beautiful despite being imperceptible to the human eye (not all invisible things are dangerous…), from Sigurður Guðjónsson’s Enigma. However, we read all of these images through the prism of recent events, from the fictitious/fictionalized truth of a retrospective feeling. 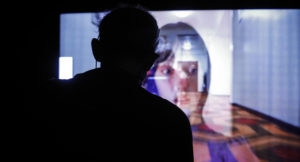 In the past months, we have supported the weak with actions and gestures; applause and solidarity, caring for fragile bodies much like the protagonist of Lucia Papčová’s 24 hours and 35 years for Mariana. We have wandered through deserted spaces and abandoned squares, haunted by the echoes of the shadows of absent ghosts, where everything was reminiscent of the Limbo that Cao Guimarães tries to capture. And what about those distressing shots from Laurent Fiévet’s Tuesday, with well-known frames, familiar sentences, and strangely relatable routines, having somehow experienced what Jack Torrance himself underwent in an Overlook Hotel of our own?

In a way, these are new works if we agree with Borges when he writes that Pierre Menard’s and Cervantes’ Don Quixotes were the same but different. Some are, in fact, new productions like Quarantinetrains III: Rodalies by Miralda. Others seem hauntingly foreboding in their depiction of humanity’s Promethean hubris, such as Capucine Vever’s work, whose beautiful title (Et il fut accusé par ses contemporains d’impiété et d’arrogance pour avoir franchi les limits permises aux mortels) resonates restlessly with our current uncertainty. The same occurs with Urgente by Lia Chaia, whose concerning, neurotic reiteration lies halfway between a warning and a plea.

LOOP Fair 2020 takes the form of audiovisual murmurs that come to us from an old life, distorted echoes of a world that seems far away, tales from another time, from the state of affairs prior to the big event of 2020. Without knowing where we will go from here, we are certain that the forthcoming challenges already lurked within the pre-covid audiovisual works that we present today in this salon”. 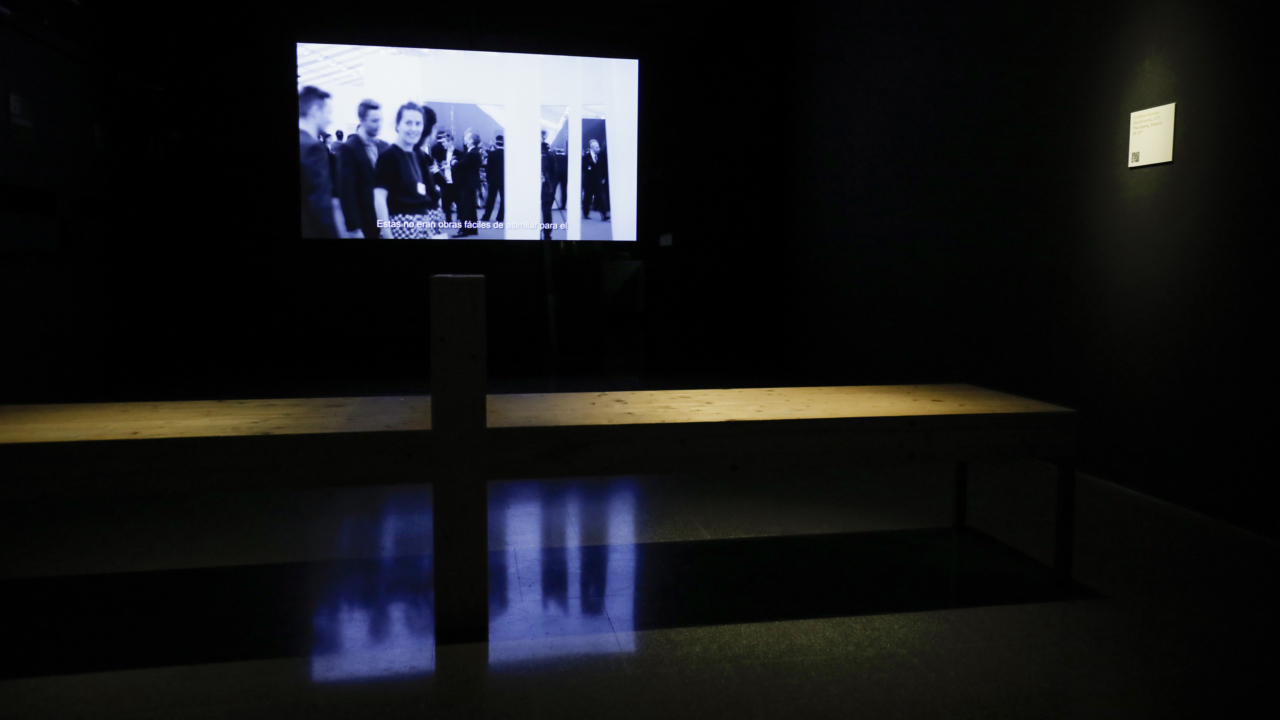 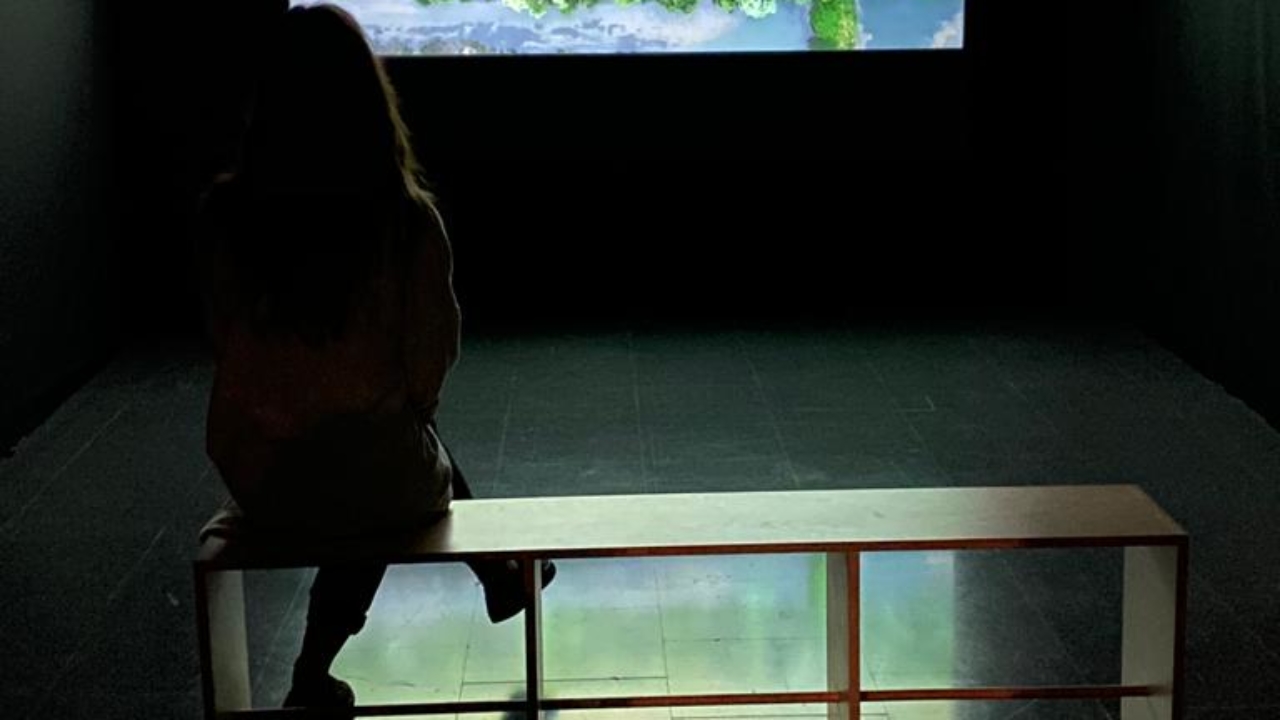 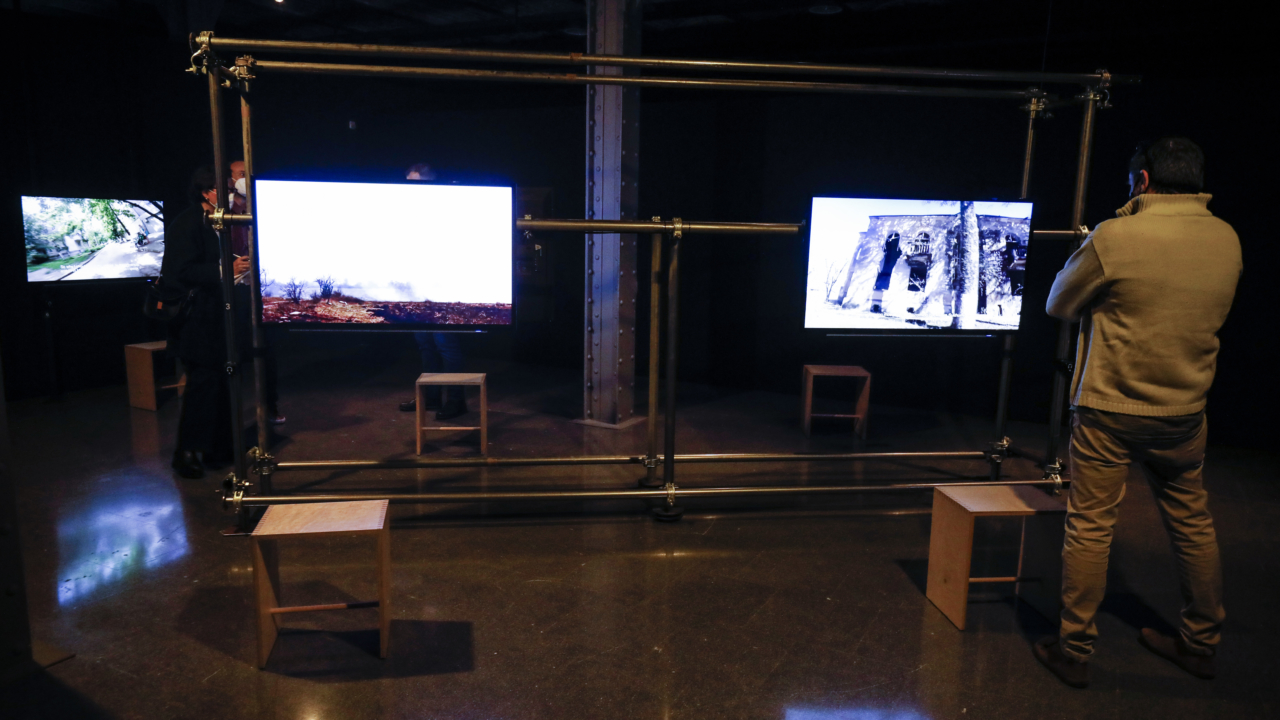 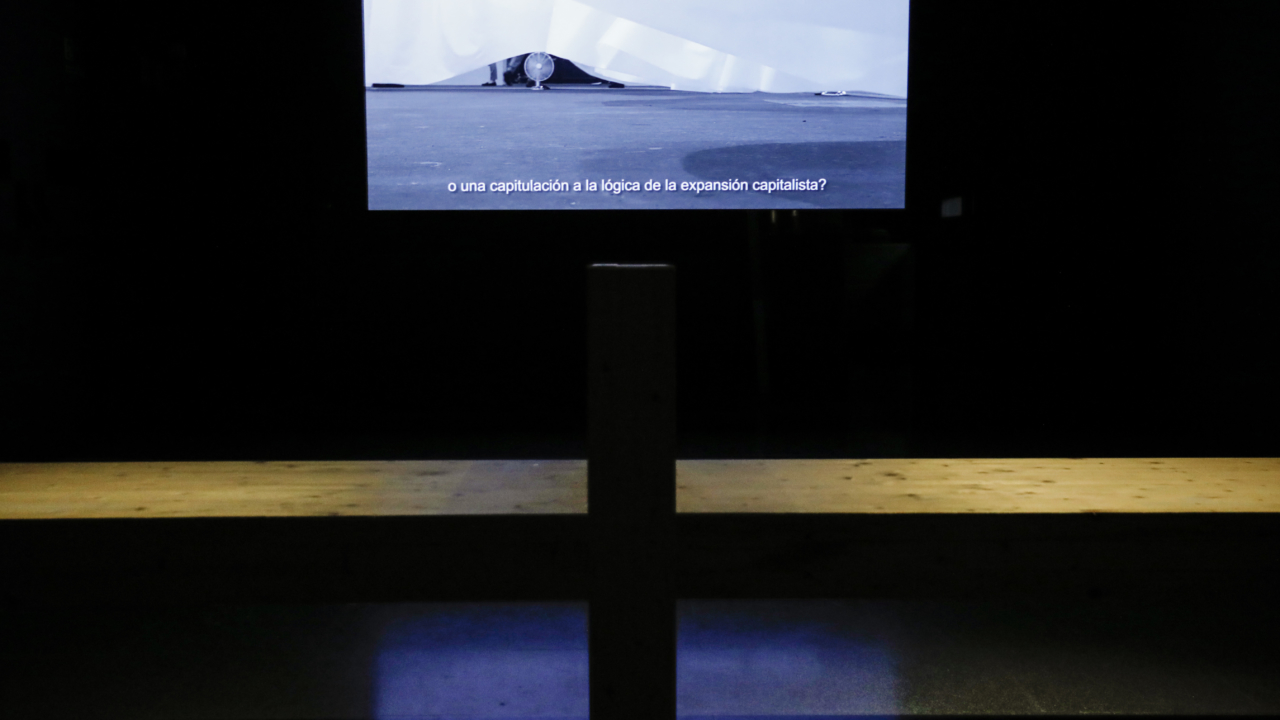 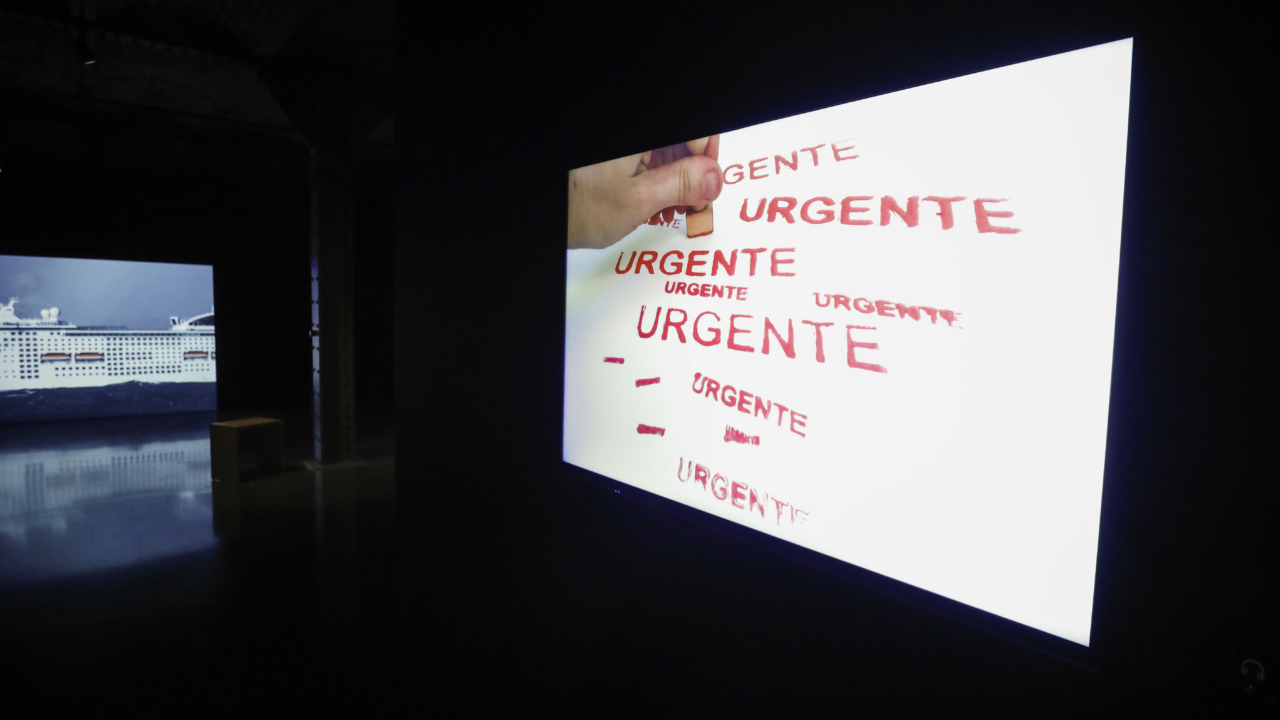 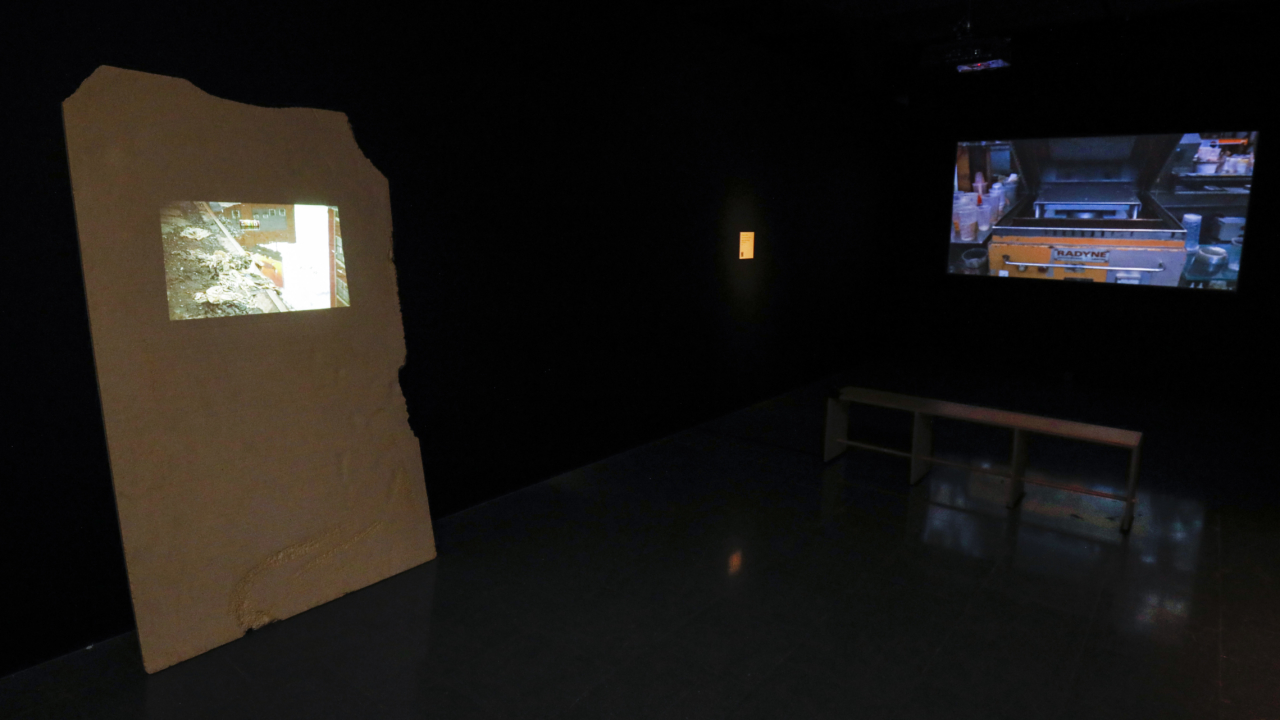 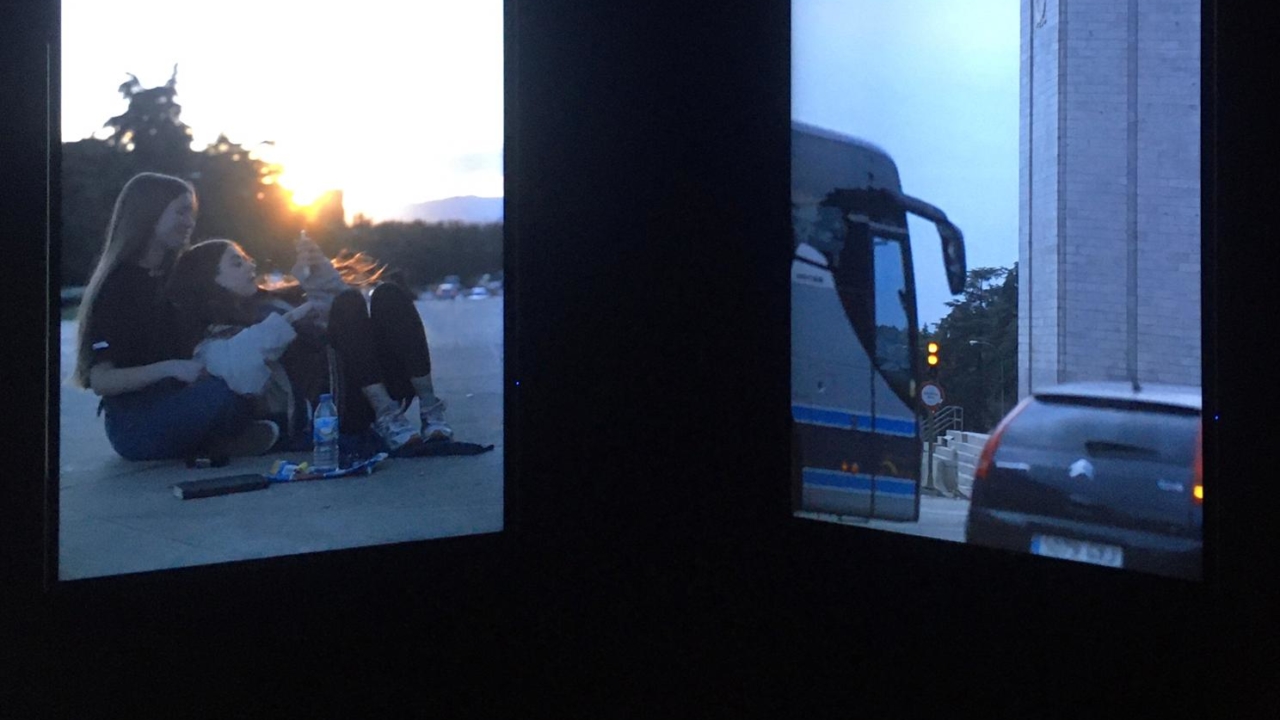